18 January 2023
Otago University teaching fellow Peter Grace visited South Korea recently to look at how citizens of that country perceive and respond to the ever present threat from the north. He says a better understanding of how South Korean's respond to threat can help New Zealand manage security threats as they arise. Peter Grace: "Focused on making a living, South Koreans want to shift the responsibility for their protection entirely to the State."

Travel broadens the mind, they say; it also appears to broaden the research proposal.

I wanted to visit South Korea to look at how that country has managed living with an existential threat for 70 years and by doing so contribute to growing New Zealanders understanding of the nature of the threats we are exposed to.

I assumed that South Korea would be quite well-versed in talking about the ever-present threat on its northern border, but I was surprised by what I found.

When I embarked on this research trip, I also assumed that I would be studying Finland, Canada and perhaps the USA, three countries where debates on national security threats are taking place. After finishing my trip to Seoul in late November, I realised I ought to add Taiwan, Japan and Germany to the list. Each of these states have a heightened sense of threat: Taiwan and Japan over China’s actions, and Germany now with Ukraine and the Russia threat. An art installation at SEMA Museum of Art in Downtown Seoul

The perception of threats increases or decreases according to their proximity: either in time or space.

It is human nature not to worry about a distant or unlikely danger. Because a government must manage both distant and proximate risks, you would expect to see them “dial up” or “dial down” discussion accordingly. Crying wolf will help nobody. Yet distant threats may still be very real, and an unprepared state will do itself no favours.

After 70 years with no further ‘hot’ war, the threat of North Korean invasion might be argued to be distant. Yet with Pyongyang developing nuclear weapons capability (and demonstrating it regularly) the threat of attack is increasingly close. Tied to that is cybersecurity (North Korea are active in this) and terrorism (not active but latent), with foreign interference an outcome of the Chinese relationship with the Kim regime. The history with Japan complicates a relationship with what ought to be a closer ally.

My visit to Seoul took a month and included talks with a South Korean high-ranking former ambassador; a former general and avowed supporter of South Korea pursuing nukes; thinktank people; journalists; and several U.S academics who teach and research in Seoul and Busan. (I am grateful to the Asia New Zealand Foundation and New Zealand Embassy in Seoul for helping set these up).

Being on the ground in Seoul had two main benefits. First, South Koreans are very willing to help, but national security topics are naturally broached with some caution, and in-person interviews allowed me to gain trust and ask more provoking questions. Second, there were nuances I might not have picked up without actually being there and hearing the same problems discussed by different people.

The interviews surprised me. Twenty-five million people live within range of the North’s artillery; Seoul, a city that continues to grow and attract investment, is only kilometres away from the North Korean border.

However, in the run-up to the March 2022 presidential election, only seven percent of South Koreans considered North Korea an issue. Many of the seven percent are likely to be from those aged over 60, a group who have strong memories of the war and often quite hawk-like.

The 30-50 year olds are more pro-peace and want engagement with Pyongyang.

Those under 30 just want to enjoy what economic privileges they have now and are more likely to side with their seniors in wanting a stronger response against North Korean “provocations”. Focused on making a living, South Koreans want to shift the responsibility for their protection entirely to the State. This is reflected in how North Korean ‘provocations’ are reported in the media. While the number of incidents over the past twenty years or so is comparatively small, their uncommonness does not mean they cause a sensation in the news. When, in November, Pyongyang fired missiles across a demarcation line in the East Sea, it was reported this was a first since the armistice of 1953. Yet the news reports were no more than perfunctory, saying the Seoul Government had responded in kind by firing three missiles back into North Korea’s sea. This shows the tacit agreement between the public and Government: tell us what you are doing about it, but don’t involve us too much.

This has complex and quite difficult implications for New Zealand’s idea of a “national security conversation”. Threats – like any other issue – suffer from burn out. Even a society that lives under the possibility of annihilation for 70 years is susceptible to the temptation to just get on with life and earning money.

New Zealanders’ needs to acknowledge that threat exists, and that we need to school ourselves up to meet the challenges of the future. Terrorism is with us, and the trends towards the increasing radicalisation of our society means that we need to learn to be vigilant.

External attacks on our democratic infrastructure, whether through cyber-attacks or foreign interference in our political processes, mean we need to understand how to protect them.

Increasingly, thanks to artificial intelligence and robotics, there will be new and unexpected threats materialising, and we need to be quick to identify them. This is a shift in the way we think about threat at the moment, and it will require an ongoing building of skills and awareness. South Korea is a textbook example of how difficult it is living in a high threat environment. As far as my research is concerned, it is a first step in understanding threat as it relates to our everyday lives: whether we respond to it constructively or bury our heads in the sand.

We have seen creeping authoritarianism suddenly turn into a global crisis in Ukraine, and we know that climate change will similarly affect us slowly, and then with explosive consequences. We need to be better at responding to such threats. And one way to do this is to study how other countries do it. If we want to stay ahead of the curve, learning about how Asia is coping with security challenges is a good start.

This article first appeared on the Asia New Zealand Foundation website. The Foundation supported Peter to travel to South Korea with a research travel grant.

Opinion & Analysis
WhysanctionsonDPRKfail
Shine Choi: Sanctions on North Korea don't work because they are based on an impulse to homogenise. More >
by Shine Choi 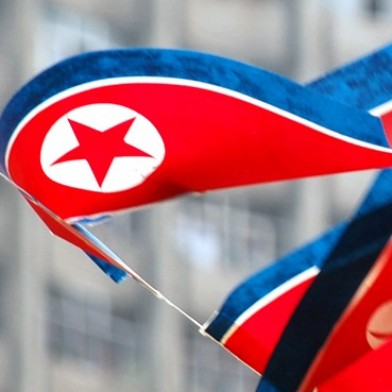 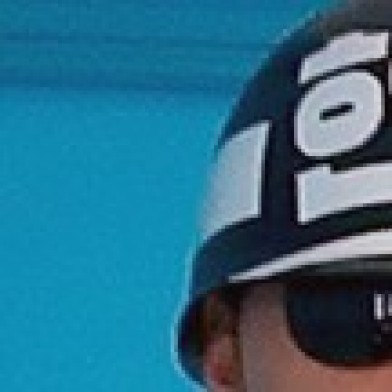 News
Expertviews:DPRKmissile
Five commentators speak about the reactions in Japan to the North Korea missile threat. More >
by