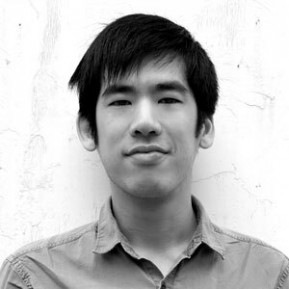 Brian Hioe is a journalist and translator working in Taiwan. He is one of the founding editors of New Bloom magazine

The Taiwanese local elections took place late in November. The results were an overwhelming defeat for the ruling Democratic Progressive Party (DPP) and a sweep for the opposition Kuomintang (KMT).

The DPP are still reeling from a result which is the lowest in the party’s history, and the worst since a similar rout in 2018.

A referendum proposing lowering Taiwan’s voting age from 20 to 18 was defeated, with insufficient turnout to make the vote binding.

High benchmarks for turnout are required to change the constitution in Taiwan.

Both the DPP and KMT ostensibly supported the referendum, with Taiwan having one of the world’s highest voting ages–90% of 190 countries have the voting age as 18.

But given that latest trends show rising support for Taiwanese identity among younger voters, lowering the voting age benefits the DPP more than the KMT–the KMT had less than 9,000 members under 40 in 2020, though the party claims that it has increased youth recruitment in the years since.

Indeed, the DPP’s losses in 2018 did not prevent its victory by large margins in 2020 elections. 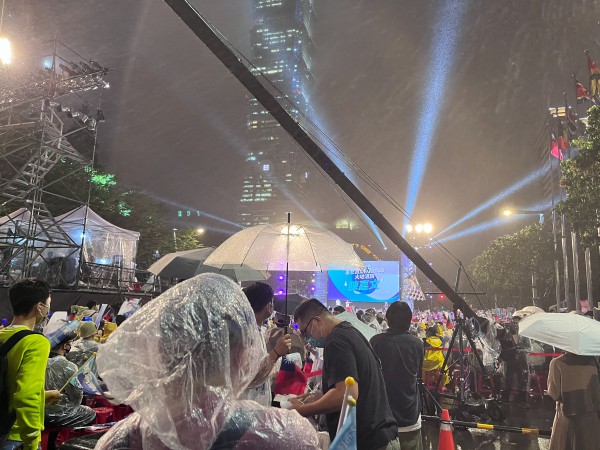 DPP Election Rally the night before the elections/ photo B Hioe

The DPP has tended to struggle when it comes to local elections. Clientelist and patronage networks dating back to the authoritarian era give the KMT, which ruled over Taiwan in autocratic fashion before democratisation, the advantage at the local level.

By contrast, the DPP usually performs better at the national level, when it comes to presidential and legislative elections.

While the DPP is historically the pro-independence party in Taiwanese and the KMT is the pro-China party, the DPP’s losses do not automatically  reflect a change in views of China either.

Efforts by the DPP to introduce the cross-strait frame into the election, as well as to target political corruption by KMT politicians were unsuccessful, and its overall chance of victory was damaged by a plagiarism scandal that affected its Taoyuan mayoral candidate, former Hsinchu mayor Lin Chih-chien.

The issues the Taiwanese went to the polls on were primarily domestic issues.

These include economic growth that has not trickled down to the Taiwanese public as a whole, with low salaries and long working hours, unaffordable housing, and Taiwan’s looming demographic issues with an aging population and declining birthrate.

While voters may have decided to punish the DPP over failing to do enough on these issues, it is generally the case that "cross-strait" issues, seen as foreign policy by most Taiwanese, do not enter the equation when it comes to local elections.

By contrast, it can be expected that cross-strait politics will play a larger role in 2024 presidential elections. 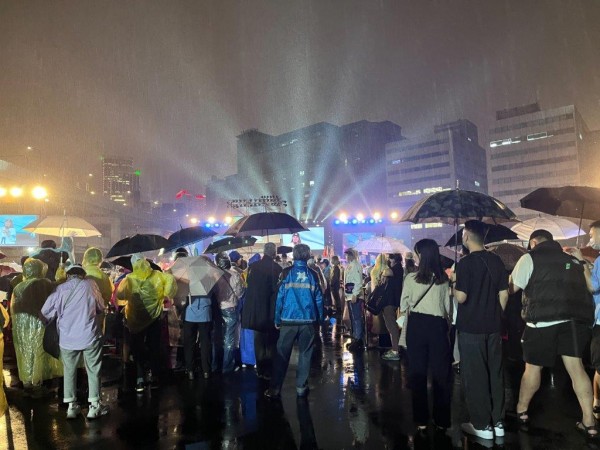 At the same time, questions remain about who both major parties in Taiwan will run in the 2024 elections.

With President Tsai Ing-wen resigning as chair of the DPP to take responsibility for the election losses, as is customary in Taiwan, this opens up a power vacuum in the party.

Lai’s standing may be strengthened by Tsai’s resignation, with potential rival Taoyuan mayor Cheng Wen-Tsan’s star perhaps further on the decline with the failure of any of his successors to hold onto the municipality for the DPP.

The Taipei mayoral race has now put victor Chiang Wan-an of the KMT, the purported great-grandson of Chiang Kai-shek, in the spotlight.

Chiang is one of the KMT’s younger politicians and he has been more progressive on some issues than other party members, such as regarding LGBTQ rights or workers’ rights.

Nevertheless, Chiang’s victories were not by as large margins as might otherwise have been expected.

It is to be seen whether his performance as mayor puts more focus on his political future, with the Taipei mayoral race having sometimes been a stepping stone to the presidency in the past.

It is not expected that Chiang will immediately throw his hat into the presidential race so soon after becoming mayor, however.

Indeed, on the opposite side of the political spectrum, the KMT’s victories in the elections foreground New Taipei mayor Hou You-yi and Taichung mayor Lu Shiow-yen as frontrunners for the presidential nomination.

Other KMT heavyweights such as former Kaohsiung mayor Han Kuo-yu and FoxConn founder Terry Gou, too, may seek the KMT’s presidential nomination, making for a crowded race–as well as much in-fighting.

While it might be tempting for some to interpret the outcome as a pivot by the Taiwanese toward China, commentators see the results as a familiar midterm swing away from the governing party.

The KMT has again shown it remains a  political force, with voters looking more closely at domestic issues rather than the national security issues which will doubtless come to fore in the 2024 presidential election.

Opinions expressed in this article are those of the author