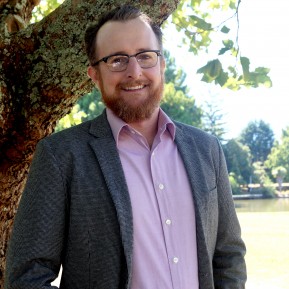 Chris Henderson is the associate director of the Institute of Professional Learning within the University of Waikato’s Faculty of Education.

On a recent trip to India, I was determined to discover how the country's education system was adjusting to both the development needs of young people and a rapidly changing employment profile.

As if languishing in a colonial hangover, many schools in India still adhere to a “chalk, talk, copy and repeat” model of learning. For 260 million students across 1.5 million schools, learning is an experience constrained by blackboard-based science, textbook-prescribed history, and general compliance. But this model is becoming far less relevant in an increasingly dynamic, mobile and future-focused nation. With urgency, India’s schools need to be able to incubate critical and creative citizens able to adapt to climate change, rising political populism, and the automation of industries, among other 21st century challenges.

In his 1916 book Democracy and Education, American philosopher John Dewey wrote: “Education is not preparation for life, education is life itself." How can education leaders reflect the voice, spirit, and dreams of India’s young people in the culture of their schools? How might they create liberating learning experiences centred on local environments and economies, learners’ interests and skills, and community-connected projects that could result in real world change?

Guided by these questions, I met with three education leaders working from the ground up to inspire and equip a new generation of globally connected learners.

Chitra Ravi is the founding director of Chrysalis, an organisation which designs and facilitates professional development for school leaders. She is fiercely committed to putting the defining qualities of children — play, wonder, and joy — back into learning. Chris Henderson with the leadership team at Chrysalis Education.

Chitra believes India’s education system is “killing the human potential of millions”. As such, Chrysalis has pioneered local approaches to child-centred learning such as ThinkRoom, a programme that shifts schools’ focus from one-size-fits-all academic achievement to awakening the “full human potential of every single child”. Using online resources and in-school support, ThinkRoom reworks classroom design and helps implement different teaching and learning strategies, based around each child’s unique interests and penchant for play, creativity, and critical thinking.

Bengaluru’s Abhijit Sinha also despairs the joyless, monotonous experience of school that many young Indians tolerate in the name of academic success. A computer science graduate, Abhijit saw his colleagues succeeding in roles where adherence to process was key. But he also understood that without risk-taking, tinkering, and outside-the-box thinking, they would be confined to low-level employment in India’s burgeoning tech sector. In response, Abhijit founded Project DEFY (Define Education For Yourself), which consists of 14 maker spaces known as "nooks" in low-income communities around India.

Children can use these spaces outside school hours to pursue creative projects of personal interest, such as jewellery making, music production, electronics repairs, and science experiments. There are no teachers or curriculum, but a good internet connection and an enabling facilitator ensures children have access to the knowledge and resources needed to get their projects underway. Education leaders must reflect the spirit of India’s youth in the culture of their schools.

Chrysalis and Project DEFY are two very different examples of educational innovation. Chrysalis works directly with 700 school leaders and mainstream curricula in South India, whereas Project DEFY operates informally and outside of the mainstream system. Yet both approaches promise significant value for learners and schools alike if delivered at scale.

Yashveer Singh, the director of the Youth Venture programme at social enterprise incubator Ashoka, is grappling with this very issue: how to take grassroots innovation to scale, and specifically, how to use such examples to influence public-sector change. Yashveer’s team challenges school leaders and teachers to find creative strategies to improve systems, to see educational problems through multiple lenses, and add significant value to traditional ways of working.

Ashoka’s "changemakers" develop a leadership style that is as empathetic and entrepreneurial as it is critical and analytical. In doing this, they establish a cohort of professionals within a massive bureaucracy who confidently challenge the status quo, collaborate across networks, and communicate evidence through compelling storytelling and influential relationships.

What has been created in India is an emerging ecosystem in which private, non-governmental, and public education sectors work interdependently, each incentivised to support the other’s innovation and development. Like many aspects of Indian life, it is at this complex intersection of diverse organisational cultures and learning contexts that solutions are discovered, refined, and scaled.

Where Victorian reformists saw India’s complexity as a threat to progress and sought to homogenise and standardise learning, new educational leaders like Chitra, Abhijit, and Yashveer see complexity as an asset; perhaps as the resource that breathes life back into India’s classrooms, enriching the learning experiences of millions of young people.

For if education is life itself, as John Dewey proclaimed, India has it in abundance. Not to be confined within in traditional classrooms — but to be set free by schools and teachers who find new energy and creative freedom in their learners, in partnerships for change, and in their nation’s limitless potential.