Stuti Banerjee, research fellow with the Indian Council of World Affairs, recently visited New Zealand as part of a Track II dialogue with the Asia New Zealand Foundation. She has previously worked on nuclear security and now works on India’s response to climate change in the Arctic. She caught up with the Asia Media Centre to talk about why the Arctic region matters to India, why climate change matters in the New Zealand-India relationship, and India’s perspective on nuclear issues. Stuti Banerjee is a research fellow with the Indian Council of World Affairs.

Your research involves India and the Arctic. Why is India interested in the Arctic?

India is a non-permanent member of the Arctic Council, and we have research bases there. India is getting interested in the Arctic because of climate change. People tend to forget that we have a huge coastal border. Essentially, we are a maritime nation. We jut out into the Indian ocean, and that has historically been our way of looking at and connecting to the world.

This coastal area has a huge population. With sea level rises, we lose our land. There are internally displaced people who are shifting more and more inwards. But the bigger problem is that our neighbour Bangladesh is going to have a huge land mass under water. You are going to have displaced people [who] might come to India.

Our coastal economy is going to get hit because of rising sea waters and warming oceans. Fish that were spawning along the coast or coming in close to the coast are now not doing that. Our fisherman have to go further out into the sea to catch their pool of fish. Not a lot of our fisherman have high-end trawlers. They use simple, basic boats. It’s not very safe for them, and they tend to cross international borders because they don’t have GPS.

"Ice melting in the Arctic means that somebody in India is not going to school."

Climate change has a domestic social impact as well, because the changes in the Arctic cause changes in the climate, which causes changes in the weather. India is now going through highly varied patterns of droughts in some cases, flooding in others, very hot summers, very cold winters. If there is a drought and the wells dry up, then the first casualty of that is women and female children because they are taken away from school because they have to travel a longer distance to get water. Ice melting in the Arctic means that somebody in India is not going to school.

How do India's concerns over climate change influence its relationship with New Zealand?

New Zealand has very good technology. Because you are an island nation you have a huge exclusive economic zone and such variety of marine life, that you are in a better position to help us out with marine ecology and conservation. There are some companies and institutions working towards that. We’re looking to New Zealand to learn from it. As well as partner in maritime ecology and what we’re calling the blue economy, that is development and sustainable exploration for resources in the ocean. New Zealand is important in that area.

What is India’s position on nuclear issues?

The reason that India is not part of the NPT and CTBT groupings is because we found they were both discriminatory. NPT talks about disarmament and non-proliferation, but only for those countries that had not gotten weapons [before 1967]. Countries that already had nuclear weapons can go ahead and expand their arsenal. India’s stand has been categorical in that we want universal nuclear disarmament.

Having said that, a large reason that we have nuclear weapons is geographically where we are placed — China and Pakistan are our neighbours and both of them are nuclear powers. We are probably one of the few countries which has two neighbours with whom we have contested borders who are nuclear weapons states as well. India’s confrontation with Pakistan has been both in terms of formal military wars, as well as the non-traditional, low-key proxy war. North Korea also has nuclear weapons. To some extent we have our weapons for nuclear deterrence. But we have a no-first-use policy which is very clearly stated. Our weapons are at a demated state at all times; we have a very clear chain of command.

What is your view on New Zealand’s approach to disarmament and nuclear issues?

New Zealand and India have very similar views when it comes to disarmament and non-proliferation in the public arena. New Zealand has always promoted the idea of nuclear-free zones. We like the idea, but unfortunately because of the geography of the region that we are in, it's not possible for us at the moment.

News
India'sbigelection:Bythenumbers
On April 11, India will go to the polls, kicking off the world's biggest democratic event. More >
by 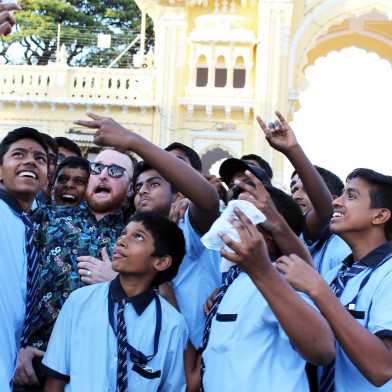 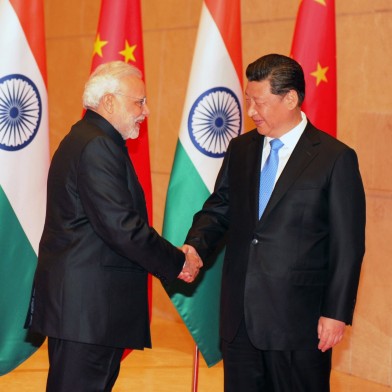 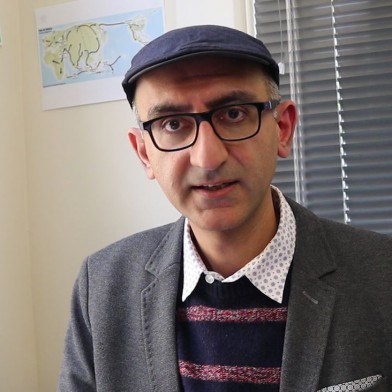 Video
‘IndianOceananewgrowthpole’
Dr Manjeet Pardesi (VUW) talks about the emerging significance of the Indian Ocean, and Sri Lanka’s interests in the region. More >
by Manjeet Pardesi