Eric is a Filipino writer residing in Bangkok, Thailand. He has written for Guru Magazine by Bangkok Post, covering lifestyle, food, tech, and all things related to pop culture.

Thailand is the first nation in Southeast Asia to decriminalise marijuana, but it took a while to get here, writes local Eric E. Surbano.

Last month, Thailand decriminalised cannabis, allowing the population to freely sell and use marijuana. In the West, it may not be that big of a deal. However, for a nation that almost twenty years ago had declared a “war on drugs”, the development is surprising, especially when we take into account the fact that it’s the first country in Southeast Asia to decriminalise the drug.

What does this mean for Southeast Asia?

Thailand is the first country in Southeast Asia to decriminalise marijuana, a move that sets it apart from its neighbours who have strict laws against drugs. Just south of its border in Malaysia, recreational marijuana use is met with severe punishment, either a hefty fine or a lashing. In fact, it wasn’t until recently in 2018 that the death penalty was lifted against non-violent drug crimes. Nearby Singapore is similar though caning is their preferred punishment.

In the Philippines, former president Rodrigo Duterte, who finished his term just this month, became infamous for his war on drugs, which is reminiscent of what Thaksin Shinawatra did back when he was Prime Minister. Like Shinawatra, Duterte’s crusade exacted a heavy death toll: an estimated 6,200 drug suspects have been killed according to Government statistics but Human Rights Watch estimates the number to be about 12,000, which includes innocent civilians. A Reuters report has quoted Duterte that he will “never, never apologise for the deaths,” despite the fact that he admitted the war was unwinnable just a year after he took office in 2016.

It’s still undetermined whether Thailand’s move towards decriminalisation will ripple across neighbouring countries. If there’s another country to make the move, it might be Malaysia, whose cabinet is discussing the benefits. “The caucus believes that Malaysia has the space and a huge opportunity in this industry for medicinal and research purposes which could deliver a lot of benefits for the country,” it said on April 12. However, it seems that whether people like it or not, it’s only a matter of time before countries follow in Thailand’s footsteps and cannabis teas and facial creams become the norm.

In 2003, then-Prime Minister Thaksin Shinawatra declared a “war on drugs” in the hopes of eradicating the methamphetamine epidemic that was raging through the country at the time. The drug, locally known as ya ba, was used by about five per cent of the population according to an Asian Human Rights Commission report. It was no surprise then that most of the country supported the Prime Minister’s move, which was officially referred to as the “Concerted Effort of the Nation to Overcome Drugs”. People were desperate to see their streets clean of the substance and wanted to see traffickers and dealers face the consequences of their actions.

The result? The prices of drugs went up for a while but that was about it. On the other hand, 2,873 people were killed as a result of the so-called “war on drugs” according to the Bangkok Post. Blacklists, which contained alleged dealers and suspects, were handed to the Interior Ministry. Bodies, bloodied and filled with bullet holes, were left out in the streets. When the UN raised up its concern about the casualties, Shinawatra responded, “The UN is not my father.”

The Prime Minister would declare “victory” in the war on drugs in December, though that clearly wasn’t the case.

A few years later in 2008, the new Prime Minister, Samak Sundaravej, followed in Shinawatra’s footsteps and announced another war on drugs. Interior Minister Chalerm Yubamrung would tell parliament, “If that will lead to 3,000-4,000 deaths of those who break the law, then so be it. That has to be done.”

… To Giving Away Marijuana Plants

Not even 20 years later, health minister Anutin Charnvirakul announced last June that the Government would be giving away a million marijuana plants so people can cultivate them at home. In fact, the Government now views the plant as a cash crop, a far cry from the days when dealers and buyers were being hunted down and killed.

The “Cannabis Rush” is going along steadily since its decriminalisation with many jumping on the bandwagon. Everywhere you go, you’re bound to find something laced with marijuana, whether it’s a drink at 7-11 or a restaurant serving up cannabis pizzas. Even hotels are joining the fray like the Mandarin Oriental, which has a spa treatment that uses the plant.

This has been a long time coming. Advocates for the decriminalisation of marijuana have spoken up and gathered—usually with a smoky haze surrounding them—many times to push for the plant’s decriminalisation. Unsurprisingly, the biggest gathering happens on April 20, otherwise known as “420”. However, this year, they decided to delay celebrations and the rolling of joints until June when the order was finally made official.

Now, it seems that marijuana is everywhere and on everything. Even high-end malls in Bangkok have hosted cannabis fairs, showcasing numerous products that contain marijuana. But it’s not just the capital; even provinces like Buriram are riding the cannabis high.

While the Government does hope that this would help the economy, they also wanted to make one thing clear: its recreational use is still illegal. Decriminalisation is not the same as being legal; it just means a person won’t be prosecuted anymore for possession. Health minister and deputy prime minister ​​Anutin Charnvirakul has said that it’s not an excuse to “sit and smile all day without making a living and lacking consciousness”, according to an article on Insider. The main purpose for the decriminalisation is that "It is an opportunity for people and the state to earn income from marijuana and hemp.” Charnvirakul’s political party promised they would push for legalisation, which a lot of struggling farmers welcomed as they were struggling to earn from sugar and rice, as the BBC reports.

Four thousand people who were imprisoned due to cannabis-related charges have been freed, but the Government is still adamant that personal use of marijuana is a no-no. In fact, smoking in public is considered a “public nuisance”. Another limitation is that only extracts containing less than 0.2% THC, the chemical that makes you high, are allowed to be sold. However, it’s unclear how the Government is going to restrict its recreational use or screen the amount of THC there are in the many marijuana or marijuana-laced products that have since popped up since its decriminalisation. What is certain is the fact that whether the Government says so or not, the floodgates have been opened and recreational use is, without a doubt, happening.

Opinion & Analysis
Opinion:WhitenessinThailand
As culturally and ethnically varied as Auckland is, socially and politically, Pākehā culture and identity are perceived as the dominant norm. As a Chinese-Pakeh More >
by Chye-Ling Huang 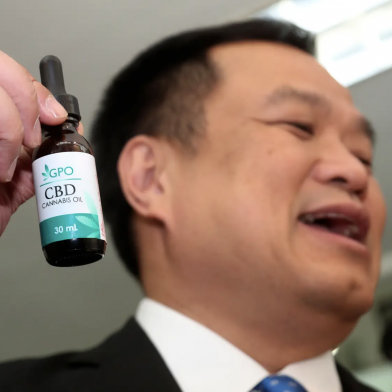 News
Thailand’sCannabisQuandry
The news this week that Thailand has moved to decriminalise marijuana was initially met with some surprise in parts of the region. More >
by