New Zealand’s emergency system is among the world’s best – but Kiwis should never be complacent, says a disaster risk management expert.

How prepared are New Zealanders for major disasters when they strike? How resilient are Kiwi communities?

The disaster risk management executive made the observations while in Wellington for a programme on disaster management leadership.

When the magnitude-7.4 earthquake hit the Indonesian coastal city of Palu on 28 September, it was immediately followed by tsunamis, landslides and major liquefaction. More than 2000 lives were lost, and over 5000 people are missing, presumed dead.

“The greatest tragedy was the complacency of the locals,” says Kamal. “After the quake, many people were lying on the beach at the time. Tsunami warnings were issued. They were asked to leave the beach, to move upland, but they did not leave. They were washed away.”

Being disaster-prone is something New Zealand shares with Indonesia, and Kamal’s message is that education is paramount.

“Most of you know you are prone to disaster, but many New Zealanders don’t know what to do when there is a disaster. This is the same for Indonesians.

“Knowing your risks and not being complacent is important.” Southeast Asia, situated within the Ring of Fire, is the most disaster-prone region in the world, often suffering earthquakes, floods and typhoons.

This year alone, the AHA Centre responded to an unprecedented seven major disasters, including the Sulawesi quake, Typhoon Mangkhut in the Philippines, and flooding in Laos and Vietnam.

“This is the highest number [in a year],” says Kamal. “This year is quite exceptional because they happened almost at the same time. Millions have been affected.”

Established in 2011 by the countries that comprise ASEAN (the Association of Southeast Asian Nations), the AHA Centre is an inter-governmental, non-partisan organisation that facilitates a collaborative response to natural disasters affecting the region.

The Centre has dealt with more than 30 disasters since its inception. The logistics involved are staggering.

“AHA’s main role is to facilitate rapid response when there is a disaster in our region, and also to channel solidarity from ASEAN countries to the affected country,” says Kamal.

The Centre’s non-partisan approach is a strength when responding to politically-sensitive humanitarian disasters, such as the Rohingya exodus from Myanmar’s Rakhine state.

It is the only organisation allowed by the Myanmar government to work within Rakhine state to provide humanitarian aid, says Kamal.

“The AHA Centre is non-partisan; the Myanmar government trusts us. It is a politically-sensitive area, but we will help on a case-to-case basis, no matter the issue.”

The organisation also facilitates the sharing of disaster-management capabilities in the region. There’s a lot to learn from each ASEAN neighbour’s experience, says Kamal.

While the AHA Centre was set up primarily to support the ASEAN region, it has also become the first port of call for international response to disasters in the wider Asia-Pacific region.

“The ‘centre of gravity’ has changed,” says Kamal. “In 2009, disaster assistance was channelled through the United Nations. Now, the AHA Centre is the centre of gravity for communication lines for all international assistance [in the region].” Born and raised in Jakarta, Kamal joined the ASEAN Secretariat at the age of 24. Now 47, she says she’s constantly underestimated for her youthful looks.

Kamal helms an extraordinary role in the region. ASEAN women leaders are few and far between, especially in the area of disaster management.

She has been one of the key figures in shaping the ASEAN region’s goal of becoming a global leader on disaster management by 2025.

Kamal credits her parents for an upbringing that focused on education.

“My mum was influential in building my self-confidence to speak and perform in front of public, by getting me and my twin sister to join various competitions, such as poetry, dancing, and so on.”

Women leaders in Southeast Asia are few and far between. (Photo: AHA Centre/Facebook)

She is driven by a strong sense of duty to her role as a woman leader, given what she sees as a privileged upbringing.

“My late father was a businessman. He established his own company and ran it with his brothers, after completing his Masters degree in the US on scholarship.

“I decided not to follow in his footsteps, as he told me I should build my own career and not depend on the family inheritance. My mum is also a businesswoman.”

Kamal is also grateful to have a very supportive husband who celebrates her leadership role.

She says in order for young women to create opportunities for gender equality, it’s important to maintain a fighting spirit and have self-confidence.

“We have to punch above our weight, we have to not feel sorry for ourselves. If we have the privilege of an education, good family, good men in our lives, then we have to be stronger, to fight for others.

“If you happen to be in an environment that is not conducive to growing – not supportive of your education – then you have to fight back. It’s not an easy thing, especially if you don’t have access to education, information.

“But you have to fight back. Always believe in yourself.”

Check out other stories about: 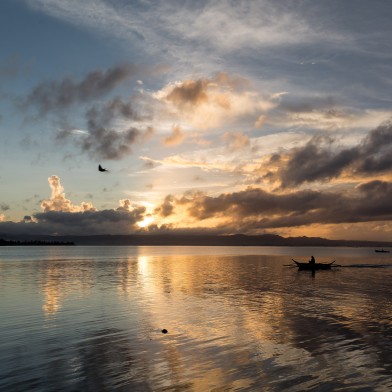