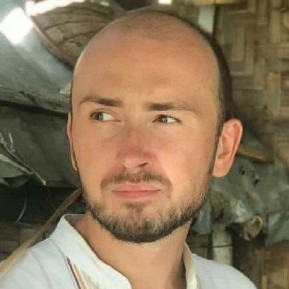 Robert Bociaga is a journalist and photographer covering Southeast Asia

While world headlines have been dominated by Covid and Ukraine, Vietnam has been mourning the loss of one of its most influential Buddhist figures of the last few decades. Thích Nhất Hạnh, who died in January this year, was a Vietnamese Buddhist monk with global outreach and a close friend of Martin Luther King - what made him so revered and known as the father of mindfulness across many spiritual communities? Robert Bociaga investigates. 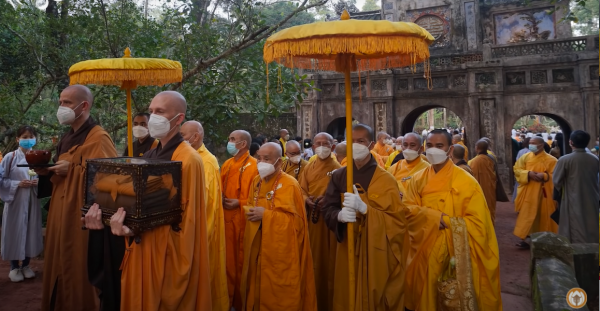 Monk, peace activist, prolific author, poet, and teacher - Thích Nhất Hạnh cannot be profiled into one category. During the span of his 95 years of life, he witnessed many injustices and worked to create a better world through what he called “engaged Buddhism”.

The social movement meant to connect traditional Buddhist beliefs to protest and social action was born out of the necessity “to do something about the atrocities everywhere around me”.

“I could no longer be a spectator,” Master Nhất Hạnh once said. “I felt a direct and inviolate need to act during the Vietnam War after it became impossible to stay behind the temple walls. “

Master Nhất Hạnh set up a task force to help these people and for this, he was banned from Singapore where he resided. Back then, neighbouring countries strongly rejected the idea of hosting any Vietnamese refugees.

He ended up in exile in France. In the Plum Village Monastery, which he founded, and through contacts with other leaders, he focused on popularizing Zen Buddhist teachings on a global scale. He published over 100 titles in English, ranging from classic manuals on meditation, and mindfulness to poems and children’s stories.

For Bhante Varrapanyo, one of his followers, Master Nhất Hạnh is the one who “set the stage for modern western Zen in popular culture”.

“The emphasis that he placed on gentleness, loving, kindness, and inclusivity is something that really did not come about until he brought it up in his own tradition. His life impacted the modern course of Zen at the very foundations in many ways,” he says. Master Nhất Hạnh established The Fourteen Precepts of Engaged Buddhism, which serve as guidelines for living with a stronger social awareness. 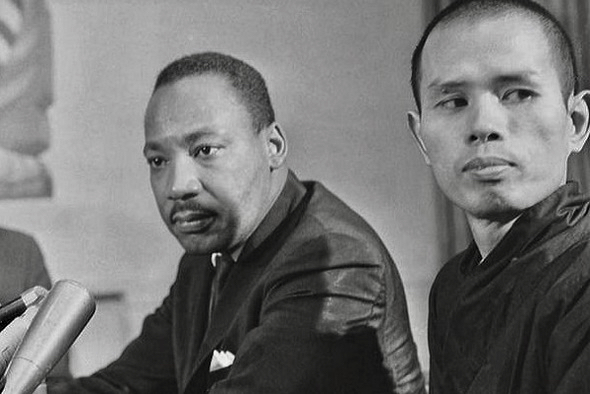 Dr Nguyen Phan Que Mai, a Vietnamese Christian and an author previously featured by Asia Media Centre also agrees that “his teachings transcend all religions and national borders.” She highly values his book “Living Buddha, Living Christ” as it “highlights commonalities of the two religions and encourages Christians and Buddhists to respect and love each other”.

“Anyone can learn from the master and apply his teachings to improve their daily lives,” she says.

When looking at her home country, she views Master Nhất Hạnh as being “respected for his contribution to peace, reconciliation and to individual and common happiness.”

“He is the world himself - more than a bridge,” she adds, by quoting His Holiness The Dalai Lama. “[Master Nhat Hanh] shows us the connection between personal, inner peace and peace on earth.”

Nhất Hạnh passed away on January 22, 2022, in the town of Hue in central Vietnam and was cremated at the ceremony observed by masses. Thousands joined the procession. 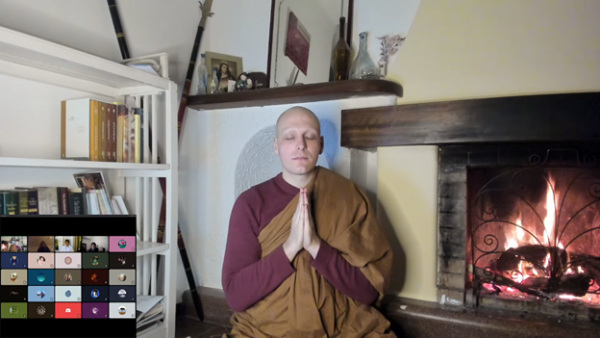 But how do Buddhists see the departure from life according to their teachings?

“The body of him passed away but Nhất Hạnh is not flesh and bones but the actions and wisdom that lives on,” Bhante Varrapanyo explains when asked about the final ceremony. “There is no celebration, but there is also no mourning – rather recognizing his accomplishment as a master”. Bhante hosts daily group meditations and discussions on his YouTube channel and on Discord.com. “Death of a teacher is a real touching of the wisdom of compassion that he lived and the phenomenon of non-self and impermanent nature,” he adds.

Meditation is practised by both secular and religious people. Focusing the mind on a particular object, thought, or activity to train attention and awareness is geared toward obtaining an emotionally calm and stable condition of ourselves.

However, “It’s not just meditation that can transform our lives,” Bhante says. “Meditation is the entry to begin the work. It must be imbued with wisdom, following precepts, and we should reorient the world we live in from gaining and getting more, to being kinder and more compassionate, more able to live in a way that reduces suffering than propagates it.”

As Martin Luther King - who nominated Nhất Hạnh for the 1967 Nobel Peace Prize - said, "His ideas for peace, if applied, would build a monument to ecumenism, to world brotherhood, to humanity. He is an apostle of peace and non-violence".

Ending suffering in a world haunted by many bloody conflicts might seem a lofty idea. But “if we have many people like him,” Bhante claims, “the world will be totally different place”. 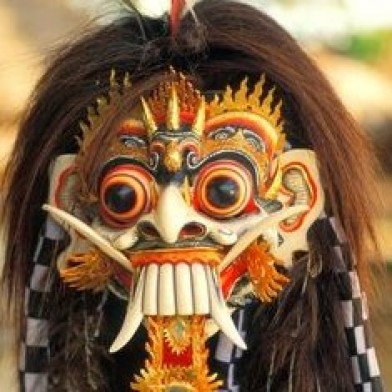 Features
Asia'safterlifeobsessions
Death and the afterlife are topics that cross into all parts of the globe - so how are they addressed across Asia? Robert Bociaga takes a look. More >
by Robert Bociaga 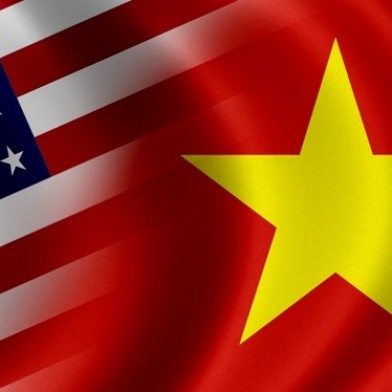 Features
Vietnam:TheLongShadowofWar
Once bitter enemies, the US and Vietnam have found a new spirit of cooperation More >
by Robert Bociaga 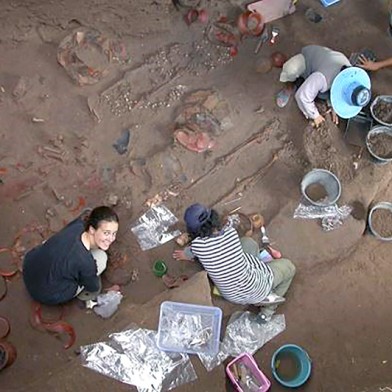 Opinion & Analysis
‘Soyou'reabonedetective?’
Sian Halcrow: As an archaeologist, I not only work with the dead but also with living cultures different from my own. More >
by Siân Halcrow